In robot navigation, a SLAM algorithm is used to construct a map of the robot's environment, while simultaneously locating the robot within that map. There are many different SLAM algorithms, but we are currently using a visual based system using the sub's right and left cameras. This allows us to link the system to Object Detection.

The specific system we are using is ORB-SLAM2, an open source feature based visual slam system which we modified for the sub. The paper describing the system can be found here.

The algorithm works by detecting features (such as edges and corners) in an image, and locates them in space using triangulation with other known map points. 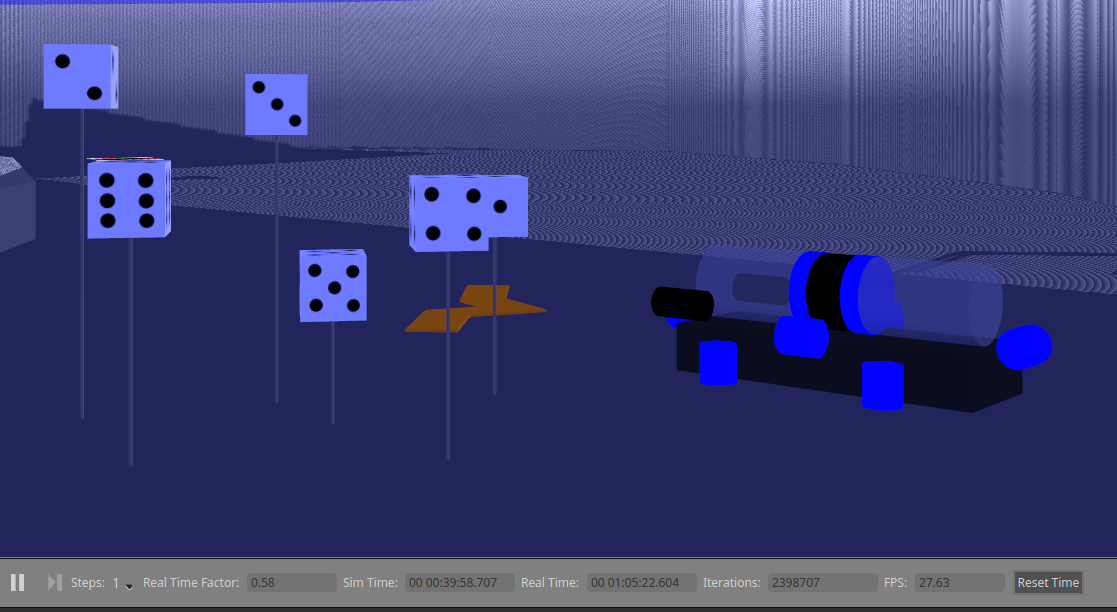 The sub in simulated environment. 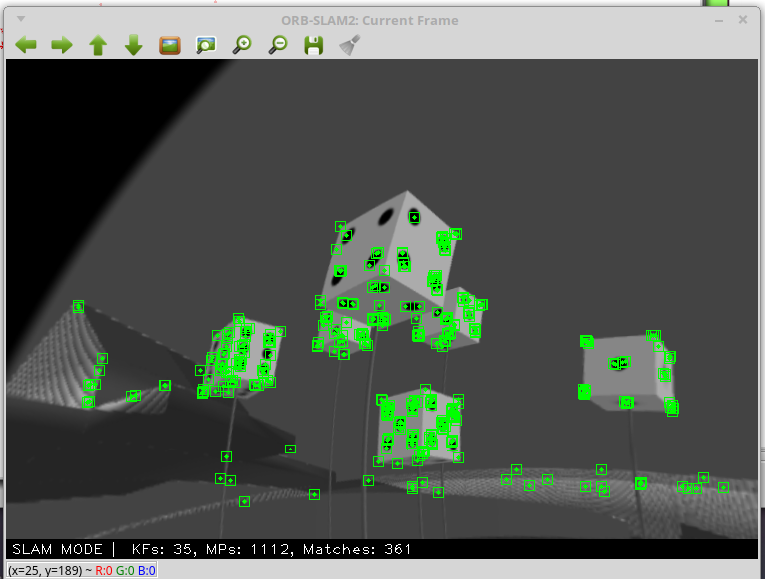 The view of a single keyframe with detected map points. 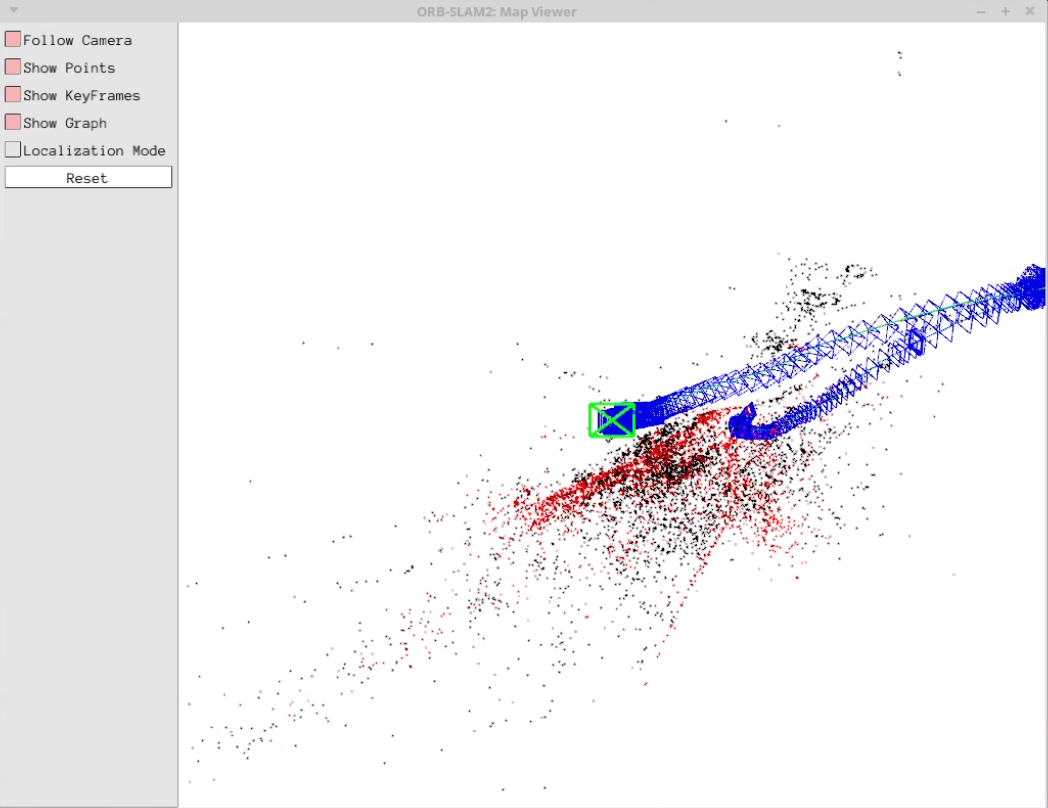 A viewer that plots the detected map points.

The SLAM algorithm is complex, but it links to the rest of the sub's system through a single node at ~/ros/src/robosub_orb_slam/src/ros_stereo.cc. The node:

ORB-SLAM2 is a feature based algorithm that takes keyframes from video output and extracts keypoints or features (such as corners), and uses them to establish location of the sub and its surroundings.

-Tracking localizes the camera by comparing features in a local map.

-If localization is lost, uses Place Recognition module to relocate.

-Validity of map point is checked by seeing if it is found in other keyframes where it is predicted to be. Must be seen by at least 3 other keyframes.

-Loop closing is when the sub recognizes that it has returned to a previous location and adjust map points to accommodate.

-To detect possible loops, check bag of words vectors in Place Recognition module of the current keyframe and its neighbors in the co-visibility graph.